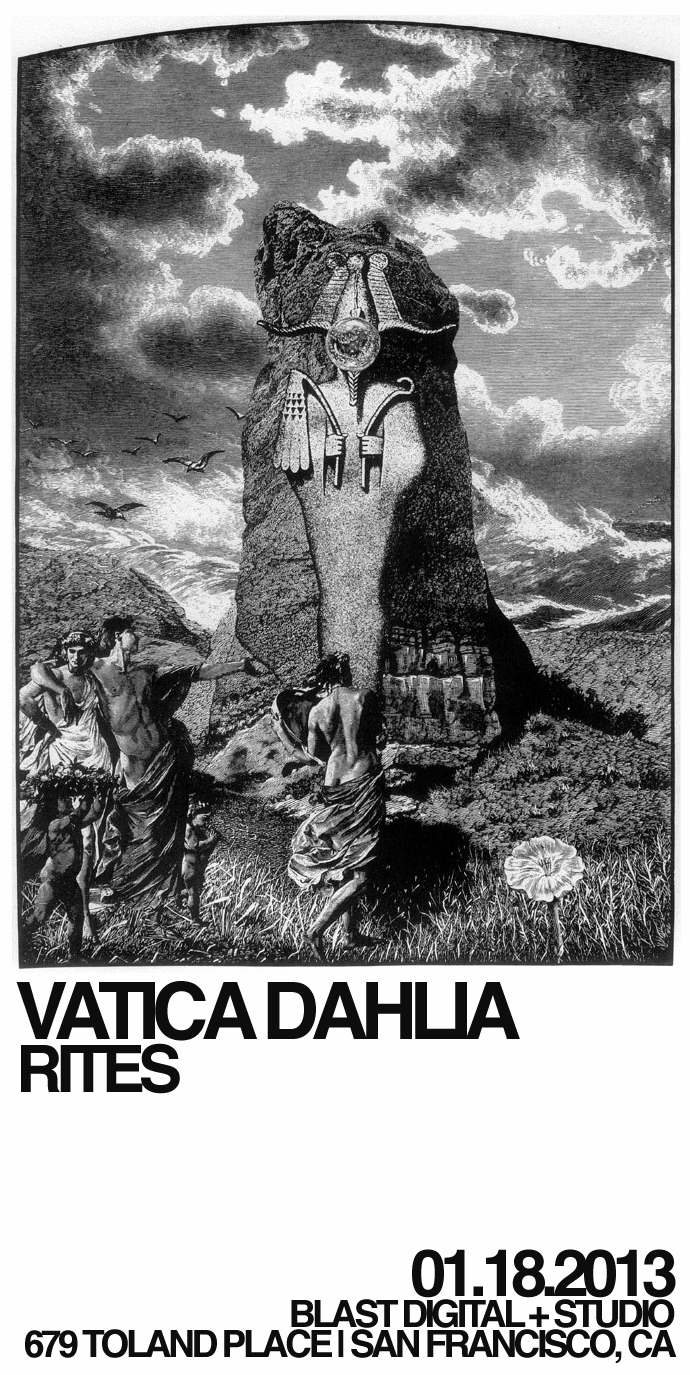 “Ritual is the primary method of programming the human organism.”

Much like creating a piece of software, a ritual is crafted procedurally and, when compiled correctly, there are results based upon what constituted the contents of the procedure. Vatica Dahlia’s Rites is a custom time-based system designed to port, compress, and obfuscate the Knowledge that has been handed down throughout the ages by the mages, sages, shamans, and initiates. Structured into ten distinct Chapters, each element utilizes a combination of networked performance, spatial sound, projection-mapped architecture, fashion, and ceremonial magic as a vehicle for transmutation and transmission.

Vatica Dahlia is an artist, environmental systems designer, and a Magister of Ceremony. His Work focuses largely on the various uses of ritual in reprogramming the human psyche. Vatica Dahlia’s performances utilize signal processing, immersive media, Hermetic techne, and algorithmic design principles as a means of probing low-level aspects of the human constitution.